Sam Mountain is one of the famous tourist attractions in An Giang. From a distance, the mountain looks like a Sam lying in the middle of the field. Sam Mountain is only a few kilometers from Chau Doc city center to the west and about 62 kilometers from Long Xuyen city to the northwest. There are up to 200 temples, pagodas, amnesty and shrines scattered from the foot of the mountain, the mountainside to the top. Among them, the most famous and well-known are still Ba Chua Xu Temple, Tay An Pagoda, Thoai Ngoc Hau Tomb, Phuoc Dien Pagoda. These sites have been recognized by the Ministry of Culture, Sports and Tourism of Vietnam as national monuments that need to be preserved and developed. 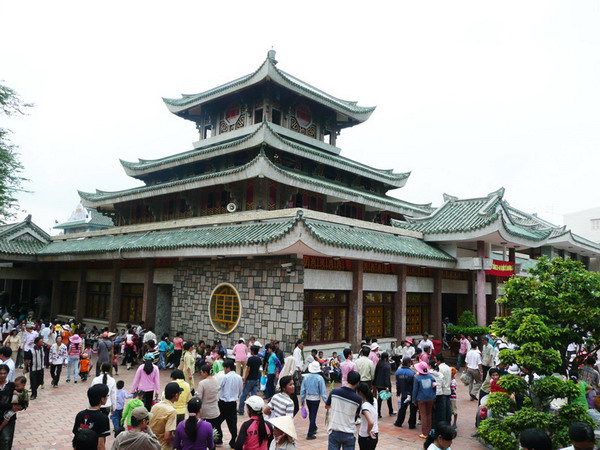 Ba Chua Xu Temple is located at the foot of Sam mountain. This is an important historical, architectural and spiritual relic of the province and the region. The architecture of the temple is in the form of the word "national", the shape of a tower in the shape of a blooming lotus, a three-storey three-storey roof, roofed with blue pipes, the corner of the roof soaring like the bow of a surfing boat. The statue of Ba Chua Xu belongs to the type of Vishnu god statue, carved with a noble and thoughtful sitting posture, made of vermilion stone, with high artistic value, born around the end of the 6th century. Ba Chua Xu Temple has many mysterious legends surrounding the birth situation of the temple, which has been passed down from generation to generation. With the sacredness and fulfillment, Mieu Ba annually attracts millions of visitors to visit and worship. Especially on the occasion of Ba Chua Xu Mountain Sam Festival, which is solemnly held from April 23 to 27 of the lunar calendar every year. The festival has been recognized by the Ministry of Culture and Information and the Vietnam National Administration of Tourism as a National Festival since 2001. 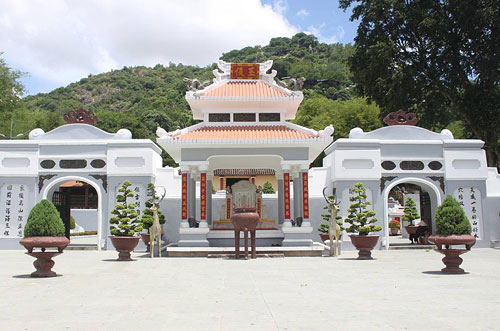 Tomb of Thoai Ngoc Hau is also known as Son Lang. This is a scenic spot, a typical ancient architectural work under the feudal period, and is a national historical relic of Vietnam (ranked in 1997). Son Lang is located at the foot of Sam mountain, to get to the mausoleum, you have to go through nine laterite steps over a hundred meters long, build a trapezoid, and then reach the courtyard. The mausoleum is flat and wide, with two small communal houses built by later generations: one is used to store the Thoai Son stele (copy) of white marble; two are used for statues of horses and soldiers... Next is the citadel and two gates to the semicircular mausoleum, which are molded thickly, so the mausoleum looks very superficial and stable. Son Lang is the place that Thoai Ngoc Hau chose to be the permanent resting place for him and his two wives. 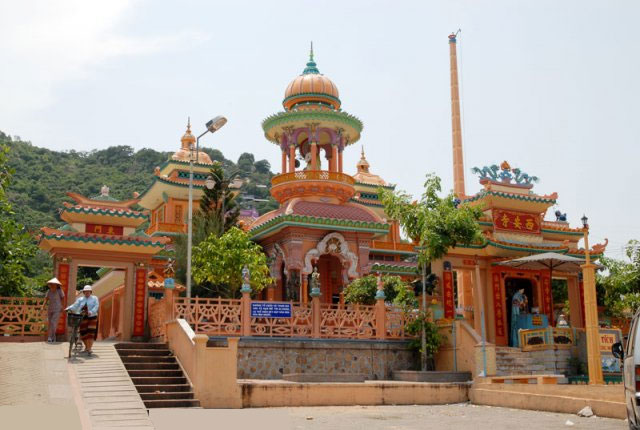 Tay An Pagoda, also known as Tay An Ancient Temple, this is a temple ranked by the Ministry of Culture as a "national architectural art" relic in 1980 and officially recognized by the Vietnam Record Book Center. This is "the first temple with architecture combining Indian art style and ethnic ancient architecture in Vietnam". Tay An Pagoda is located on a high and wide platform, behind is Sam mountain like a prominent screen with dark green color. The most impressive feature of the pagoda is the main face with three onion-shaped round roofs, colorful but harmonious colors. The pagoda is built in the style of the word "tam", with an architecture that combines Indian art style and ancient Vietnamese architecture. In the main hall there are about 150 large and small statues: Buddha, Bodhisattva, Arhat, Eight sets of diamond, Jade Emperor, Huynh De, Than Nong etc. Most of the statues are made of famous wood, elaborately carved and fine art, typical for Vietnamese sculpture in the 19th century. In addition, the pagoda also has many diaphragms and couplets, brilliant colors. 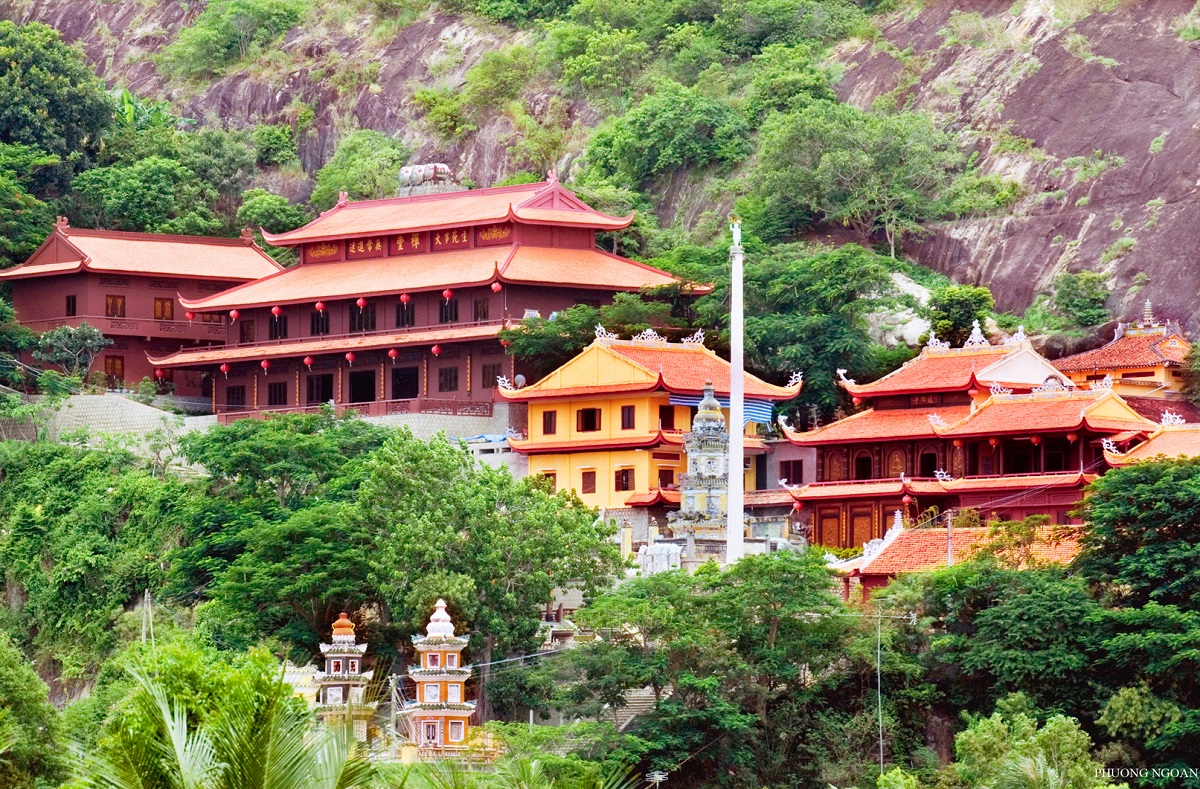 Hang Pagoda or Phuoc Dien Pagoda is located on the slopes of Sam mountain. The temple has been recognized as a National Historic-Cultural Relic. Hang Pagoda is about 1 km from Tay An Pagoda, Ba Chua Xu Temple and Thoai Ngoc Hau Tomb, located on the Sam mountain - Nha Bang route. From the temple gate, follow many stairs up about 300 m to the temple. Located on the slopes of Sam mountain, Hang Pagoda gives visitors a very charming but equally sacred space. The pagoda was formed around 1840 - 1850, by Mrs. Le Thi Tho (nicknamed Mrs. Tho); with the legal name Dieu Thien established. Initially, the pagoda was just an am tu made of bamboo and leaves; created by Mrs. Tho as a place of worship when she was young. According to legend, next to the am where the monk monk; there is a dark cave, no one goes. It is inhabited by two ferocious snakes that everyone is afraid of. However, since she came and set up the amphitheater next to the cave, these two snakes became gentle. Every day they fasted and listened to her pray. After a while, the two snakes became the guardians of Ms. Tho's monastery before wild animals. She named it Thanh Xa and Bach Xa. I don't know if the story is true or not, but since she passed away; They also don't see those 2 snakes anymore.

- Opening hours: 8 a.m. to 9 p.m
- Ticket price: only collected in the season of adults 20,000 VND for tourists traveling by bus or car
- Services: sightseeing, taking photos, worshiping
- Vehicles, parking: Free car parking is concentrated in Vinh Dong commercial area located at the foot of the mountain, there is a shuttle tram for 2 turns for guests buying sightseeing tickets.
- Contact information: Management Board of Mount Sam Mountain Tourism and Cultural Heritage Site Management Board