Time: held on the occasion of Sene Dolta (the ceremony of worshiping grandparents) of the Khmer people in the South, from August 29 to September 1 of the lunar calendar (about the end of September and the beginning of October of the solar calendar) every year. 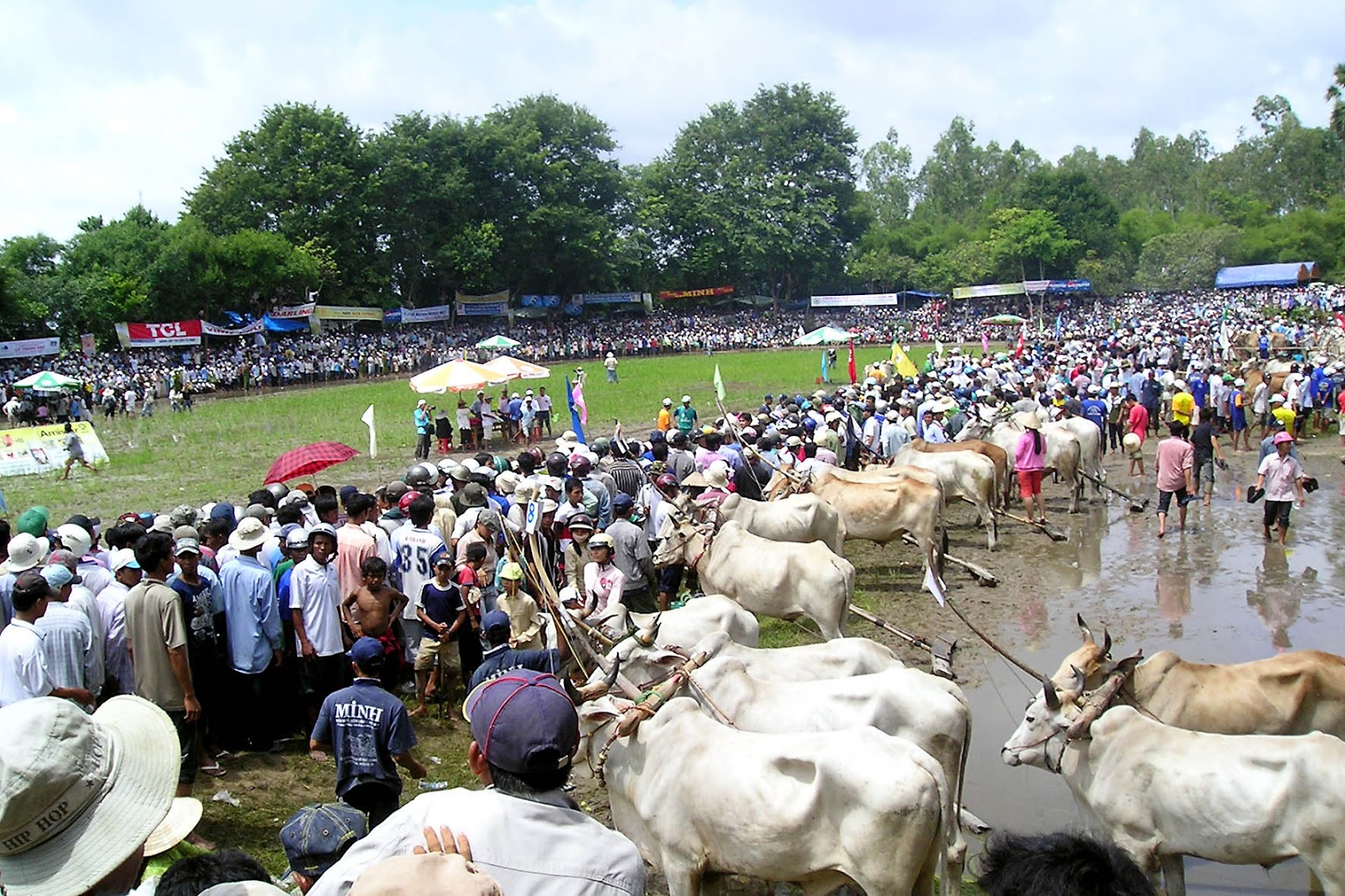 Bay Nui Cow Racing Festival is a unique agricultural festival of the Khmer ethnic group in Bay Nui area (An Giang) organized by two districts of Tinh Bien and Tri Ton alternately. Not only showing the beauty of traditional culture and humanity of the Khmer ethnic people in Bay Nui area, the festival is also a meaningful sports and entertainment playground for Khmer farmers after hours of work. hard labor in the fields.

Origin of the Festival? 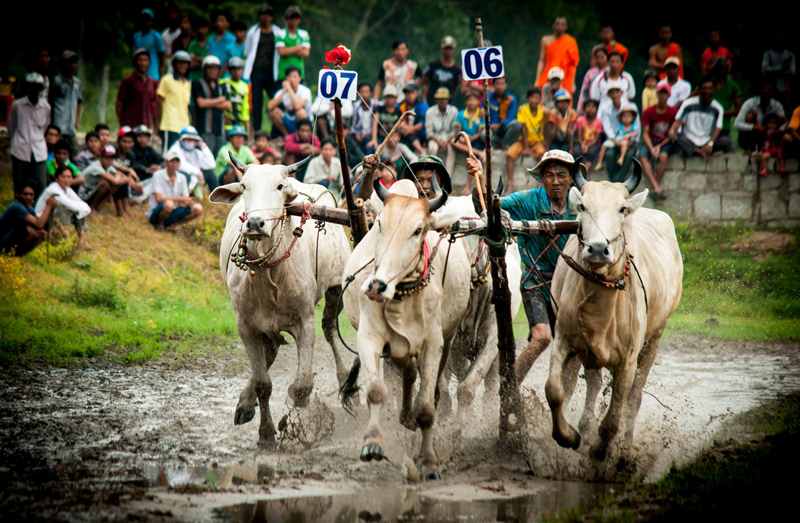 The bull racing festival comes from the spirit of love for labor and the open-mindedness of the Khmer people in the South. Since ancient times, Khmer people in An Giang have lived according to phum soc, most of them work in fields and fields and use cows to plow and pull. While working, farmers invite each other to race cows, creating a happy and enthusiastic atmosphere, the winning cows are often rewarded to create more excitement. Later, the bull racing festival has become the spiritual food of the people in the region and is the most awaited occasion of the year in That Son region.

How does the festival go? 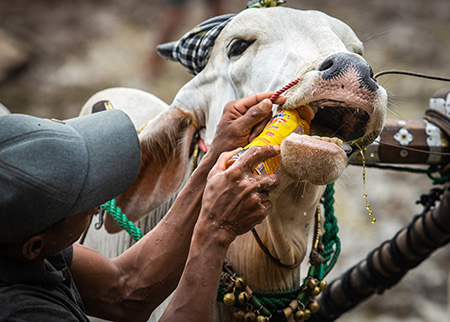 People will select pairs of cows to participate in the competition and have special care, especially during the preparation time for the race. After the draw to choose the pair, the pair of bulls competes with the harrow and jockey to stand on, the bull will use a whip and jack to push the pair to run 2 laps to the finish line. if during the race, in the lap, any pair of cows running out of the track, or the second pair stepping on the harrow of the previous pair will be disqualified; But when it comes to the release round, the second ox only needs to step on the first pair's harrow to win. And the cow driver must stand firmly if he falls or falls off the harrow during the race, it is also considered a loser.

The ingenuity of the oxen controls so that the first round the pair of cows get used to the race, the second round the pair sprints quickly to the finish line. On the long track, the pairs of bulls pulling the harrow dashing as fast as water, the fastest to the finish line will win this contest, under the enthusiastic cheers of tourists and locals. Not only that, those who go to watch the bull race are also smeared with mud from the track on their faces and clothes, but smiles always appear on their lips during the holidays. All those atmospheres are the most attractive images of the Southwest culture, the desire to win over nature, love for labor, all the fatigue of a whole farming crop being released, preparing for a new season. new service. 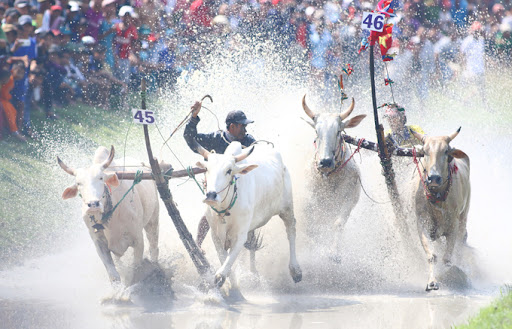 According to the concept of the people of the Bay Nui An Giang region, bull racing has a very special meaning, because the winning pair not only brings pride to its owner but also brings to the whole family. a joy, an energy to win all fields, a year of bountiful crops, and a prosperous village. For these reasons, the Bay Nui Cow Racing Festival has become a unique tourism product of An Giang province.

- Means of transportation: motorbikes, cars, tourist vans, depending on the location