Oc Eo is the name of an area of ​​mounds and rocks emerging in a field in the south of Ba The mountain. In 1944, from historical information and ancient bibliographies, Mr. Louis Malleret, an archaeologist at the Far East School (France), worked as a librarian at the Saigon Museum, went to the Oc Eo area, now is Vong The commune (Thaoi Son district) to excavate traces of a port now collapsed in the ground and discovered traces of archaeological sites of Oc Eo culture. This is a vestige of a great and brilliant civilization that existed from the 1st to the 8th centuries that has been discovered in many places, in which An Giang province is considered the most important area where concentrated point of many types of relics. Oc Eo knoll in Ba The (Thoai Son district) was the first place to find important relics of that ancient civilization. So that, Oc Eo has become the common name for all sites discovered in other localities.

Cay Thi knoll relic has an area of ​​488m2, many decoration materials such as tile pieces, tile frills, tile tops have been discovered  here. Phase 1, the discovery of the Surya statue shows that in the III - V centuries, this place was the temple of the Hindu sun god Surya. Phase 2, the discovery of bronze Buddha statues in style of the Northern Wei China shows the transformation of religion from Hinduism to Buddhism during this period.

Cay Thi B knoll has an area of ​​about 300m2. Through excavation, it was determined that this is a type of brick-stone architecture, consisting of two walls built around a rectangular foundation covered with sandy soil. Inside the architecture is a flat background, firmly pounded with layers of different colored soil, outside the architecture is surrounded by a brick corridor. Many people think that this is a cremation tomb built of brick - stone, but it is still unfinished. 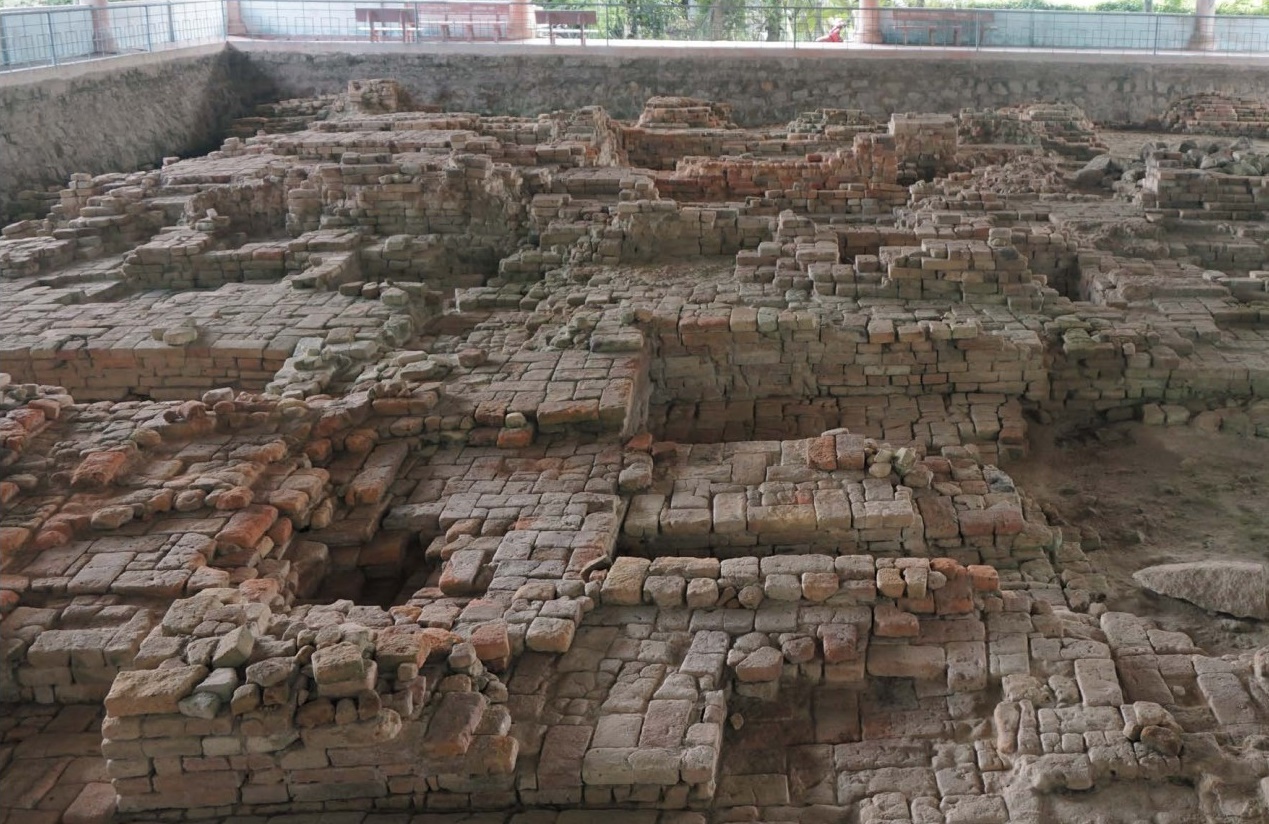 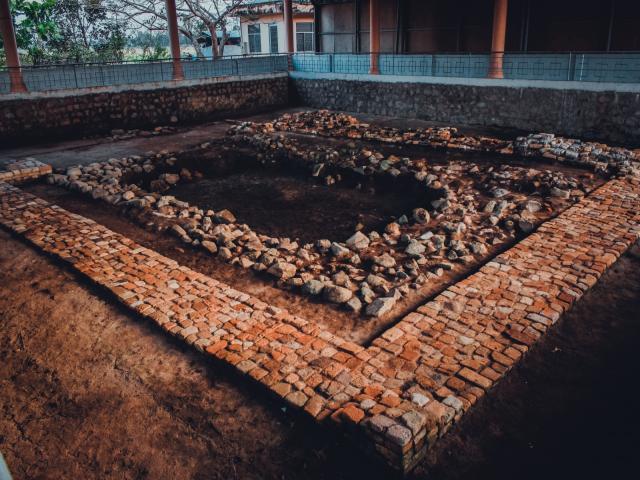 RELIC IN THE SOUTH OF LINH SON PAGODA

The relic is located in the south of Linh Son Pagoda, so it is called Nam Linh Son Tu relic, also known as Linh Son Nam. (Nam means sounth)

The relic has an area of ​​more than 350 m2, dating from the 1st century AD and continuing to exist until the 9th century, is a type of religious palace architecture. The monument has architecture built of stone and brick along with underground sewers inside, showing the high level of civilization of ancient residents more than 10 centuries ago.

According to archaeologists, this architecture has at least 02 phases of construction and use. At an early stage, some foundations and baffle structures were not intact, most of the ceramic fragments founded in this cultural layer were fine ceramic.

At the late stage, in addition to fine pottery, archaeologists also found late ceramics and roof tiles. In particular, a raw ceramic jar with a diameter of 0.67m, a height of 0.4m was found, inside the jars there are a few small pieces of organic matter, 5 thin gold beads and one onyx bead. This is the first time jars have been found in Oc Eo site and also the first time cremated jars have been found on the mountainside. 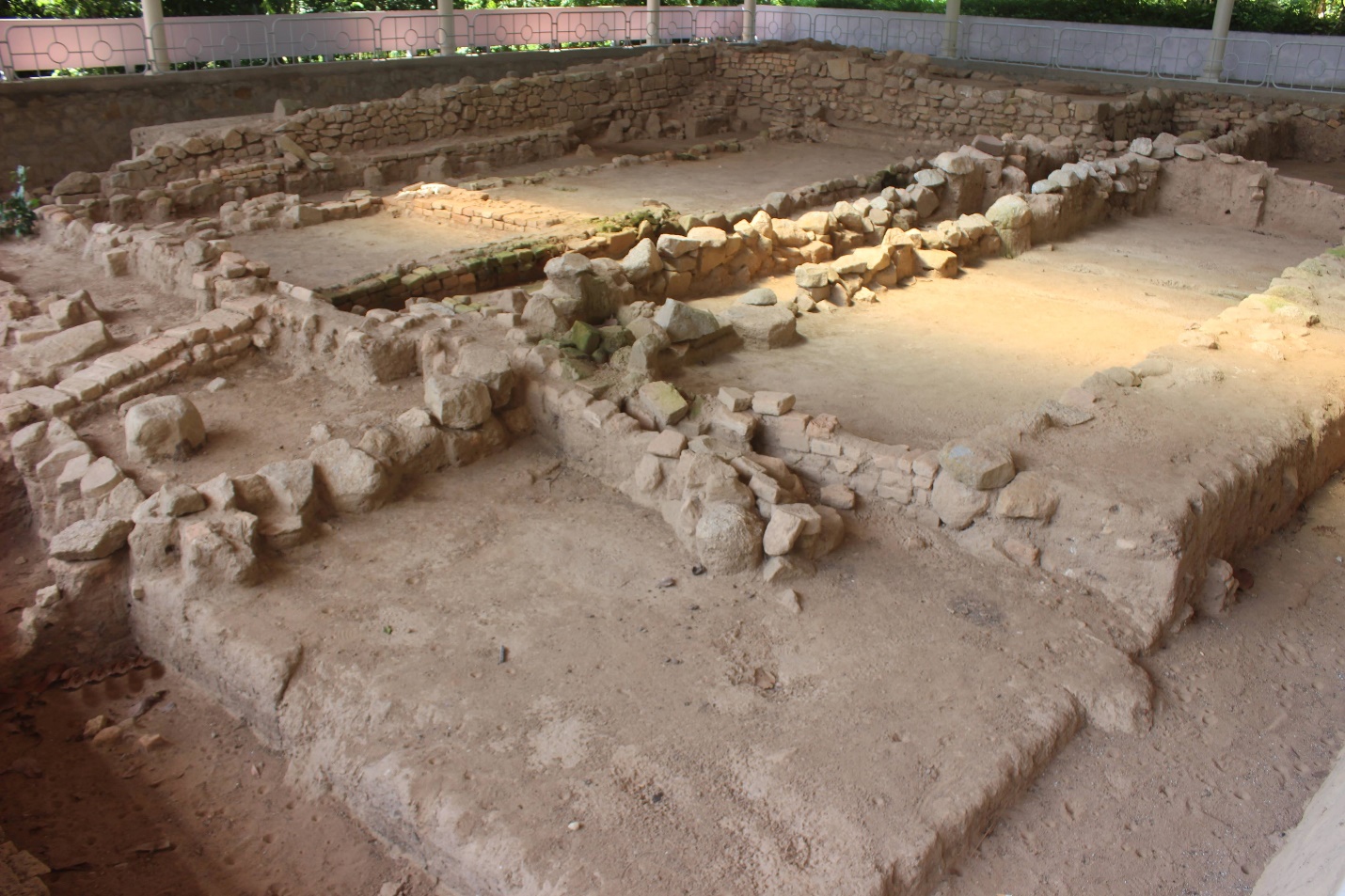 Relic in the south of Linh Son pagoda

Linh Son Pagoda was built in 1912, so far it has been 106 years, is one of the oldest pagodas in Thoai Son district, An Giang province.

Currently there are 03 artifacts in the temple belonging to the Oc Eo culture, which are the statue of Vishnu and 02 ancient stone steles. These statues were discovered in 1912, dating about the 5th century, after being brought to the temple for worship, local people have modified some details of the statues compared to the originals, such as painting more pigments. , covering the seat, adding details of snake heads.

In addition, two ancient steles are placed on either side of the statue discovered in 1879, dating from the 5th century, made of black sandstone, with many veins on the surface. In particular, the stone stele inthe left (from the main hall) is carved with ancient Sanskrit script (Sanskrit), 11 lines on the stele praising the power of Lord Shiva and the merits of King Kumahambra who built temple, and at the same time talk about how the king's mother sacrificed many servants to serve the temple and built many houses for the servants to take care of the temple.

The statue of Vishnu and two stone steles were recognized as a National Monument on January 18th , 1988 (according to Decision No. 28/VH.QD). 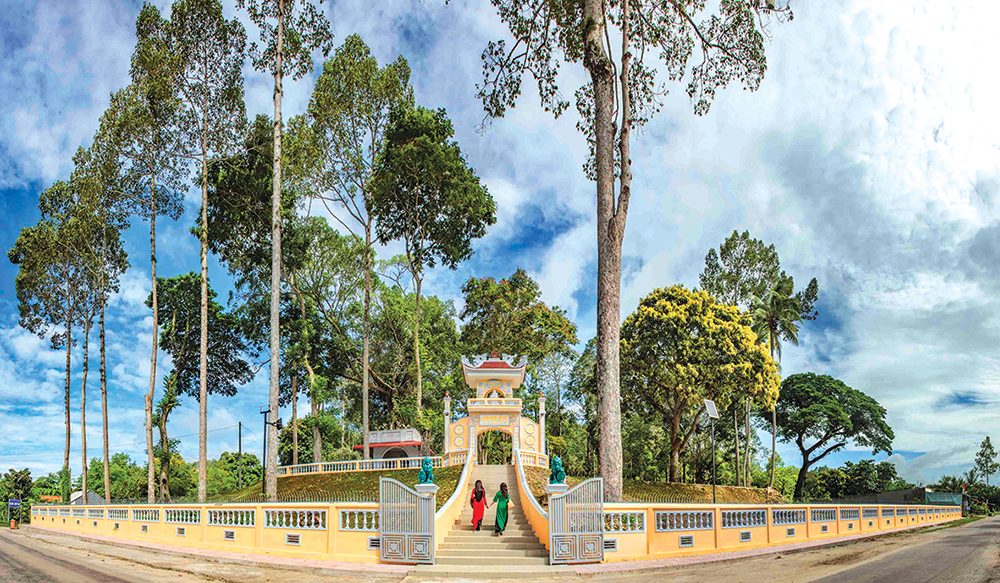 - Exhibition House: closed on Monday, serve other days include holidays.